May was absolutely amazing and I hope you all had a brilliant month spending time with friends and family. Since another month has now come to an end, another monthly book review is taking place. I only started this series last month and honestly it was one of my favorite blog posts I’ve ever wrote which made me excited to keep creating them in the future.

Last month I read a wide variety of all different types of books, this month is all fiction. My favorite types of books are mainly fiction so if you’re wondering why they’re talked so highly of on my blog then this is why. I had a busy month this month with all course work and exams being due but I still managed to read 4 pretty bulky books that were rather enjoyable. I have mixed reviews on them all but nevertheless I feel as though you will like the sound of at least one of these and I want to encourage you all to read more due to its benefits. With that said, let’s get straight into the first book… 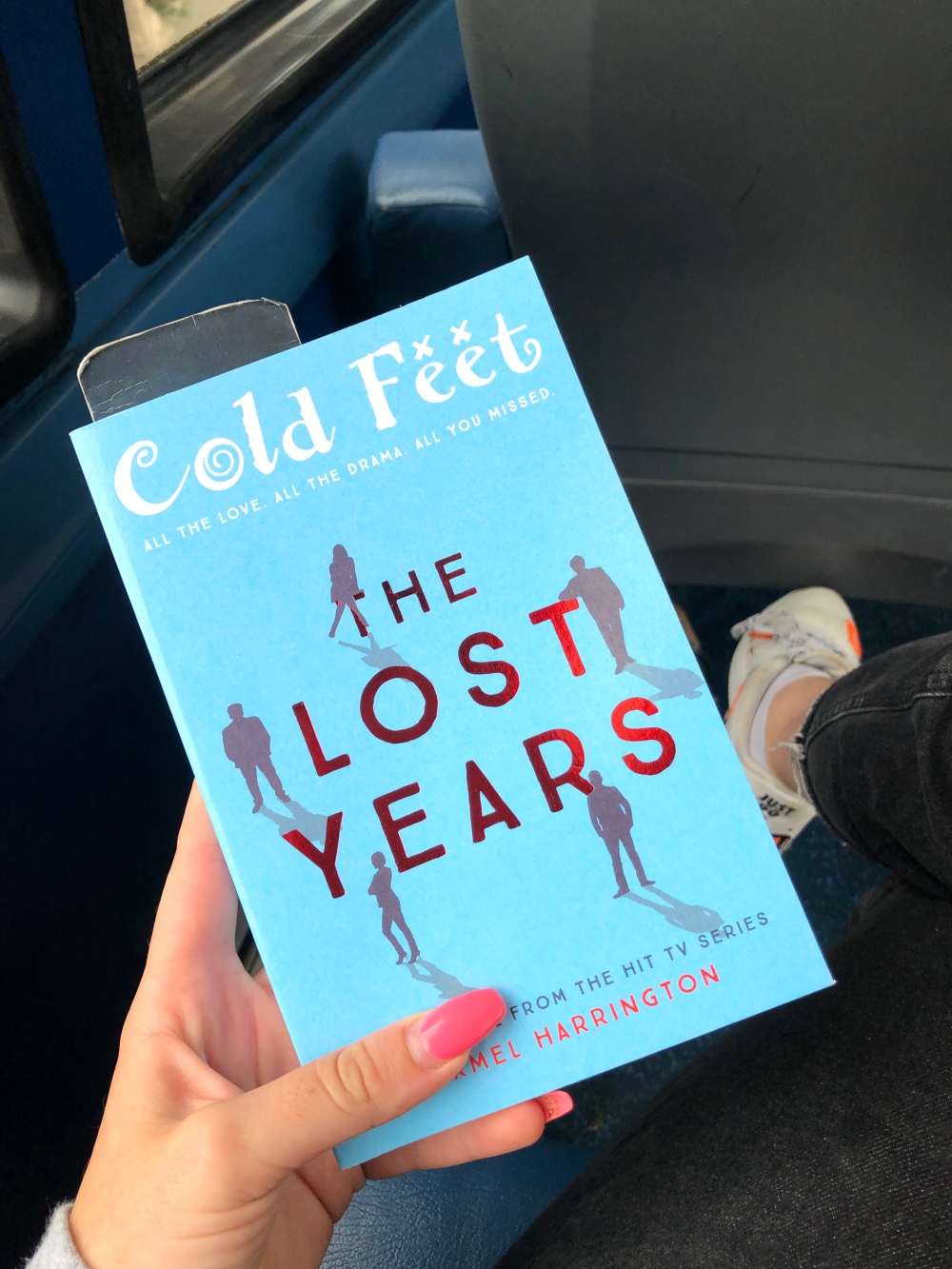 Starting with the first book to the now 8 series ITV Studios show ‘Cold Feet’. I feel like the biggest reason why I liked this book was because it was based in Manchester which is somewhere I am very familiar with and recognize all the surroundings so I instantly felt drawn to the book from the first page. The book starts a little sorrowful with the death of one of the main characters wife. If you haven’t watched the series I would really recommend reading it first as in my opinion the book is always better but if you’ve already watched it which is probably 80% of you, the books are still incredible and worth a read when you find the time.

If you haven’t seen it and want to read the book, here’s the overview: At the beginning we see how the main character Adam’s life changes in the blink of an eye and how it has impacted hugely on his and his son’s life. There’s many characters involved including Adam’s friend group and a lot of family members, but because of the beautiful way it was written this does not at all get confusing throughout. Many occurrences also happen. Jenny  who’s pregnant with a man she met in America’s baby moves back in with her ex-husband Pete who is indecisive whether he wants to raise the baby as his own or not, Karen and David finally get a divorce and David finds another lover called Robyn who his son Josh instantly takes a disliking towards, and Adam reconnects with family he hasn’t seen for years before deciding in which country he wants to raise his son.

There’s many more dilemmas that continue the story to be entertaining and because of the similarity in vocabulary I and the Mancunians share, it made me feel even more involved in the book and I felt it was a great read. Each character portrayed their feelings in the book and it made you feel for each and every one of them depending on the situations they were going through. There wasn’t one character I took a disliking towards except for the headmistress t, which I felt was very unusual and just proves by the talent of the writer that there doesn’t always have to be a ‘bad guy’ involved.

If you’re looking to read a heartfelt novel and possibly even shed some tears then this novel should definitely take a place on your to-read list and afterwards you even get to binge-watch the series on TV! 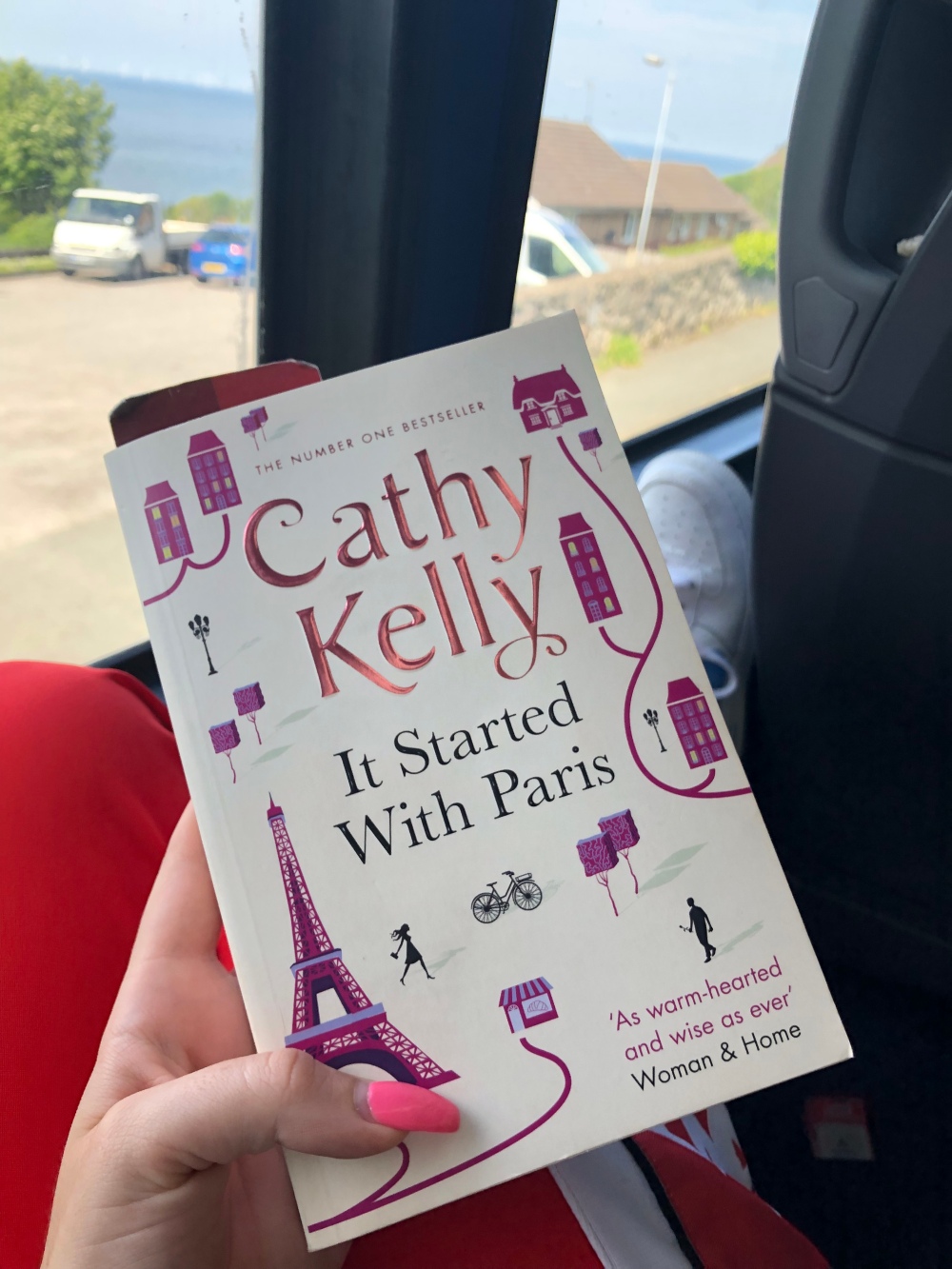 It Started With Paris by Cathy Kelly

This is surprisingly the first Cathy Kelly book I’ve read and truthfully although it was a great story it doesn’t really intrigue me into looking into more of her books. It was a good read but some bits I felt were too long and there wasn’t a lot of action at all. It shows the occurrences from the perspective of a few of the characters lives and if you’re familiar with novels like this such as the best seller ‘The Girl On The Train’ then you would know that when you’re visiting the thoughts of a different character then a new chapter will start showing who is speaking but in this case it was just the start of a new paragraph which got slightly confusing at times because I wasn’t sure which character I was meant to be reading the perspective from.

Besides that the story line was romantic with a couple’s story that leads up to their wedding day. It was a cute novel with a few dilemma’s involving family situations and mental illnesses which the author wrote very well to create a mood more familiar with the readers than just the characters. The characters include a cake maker named Vonnie who is still recovering from her husbands death but wanting to step back into the love scene, Leila who’s husband cruelly walked out on her, works at some of the worlds biggest premiers and has to decide whether she wants to leave the luxury and move close to her unwell mother or put her in a nursing home. Then we have Grace who is the head teacher in Jennifer and Ryan’s daughters school, who is also the mother of the groom to be. Jennifer and Ryan are divorced and Ryan finds a new lover to move in with that Jennifer finds difficult to comprehend, all the while their daughter Ruby is suffering without anyone noticing due to her mother not thinking that the divorce is effecting anyone but herself. Confusing? I know right.

I wouldn’t say this book is all that memorable, and if someone asked me if I’d read it this time next month I wouldn’t be able to remember practically most of it. Reflecting back on it now makes me remember that it was an enjoyable read but possibly not gripping enough to read again or another series. 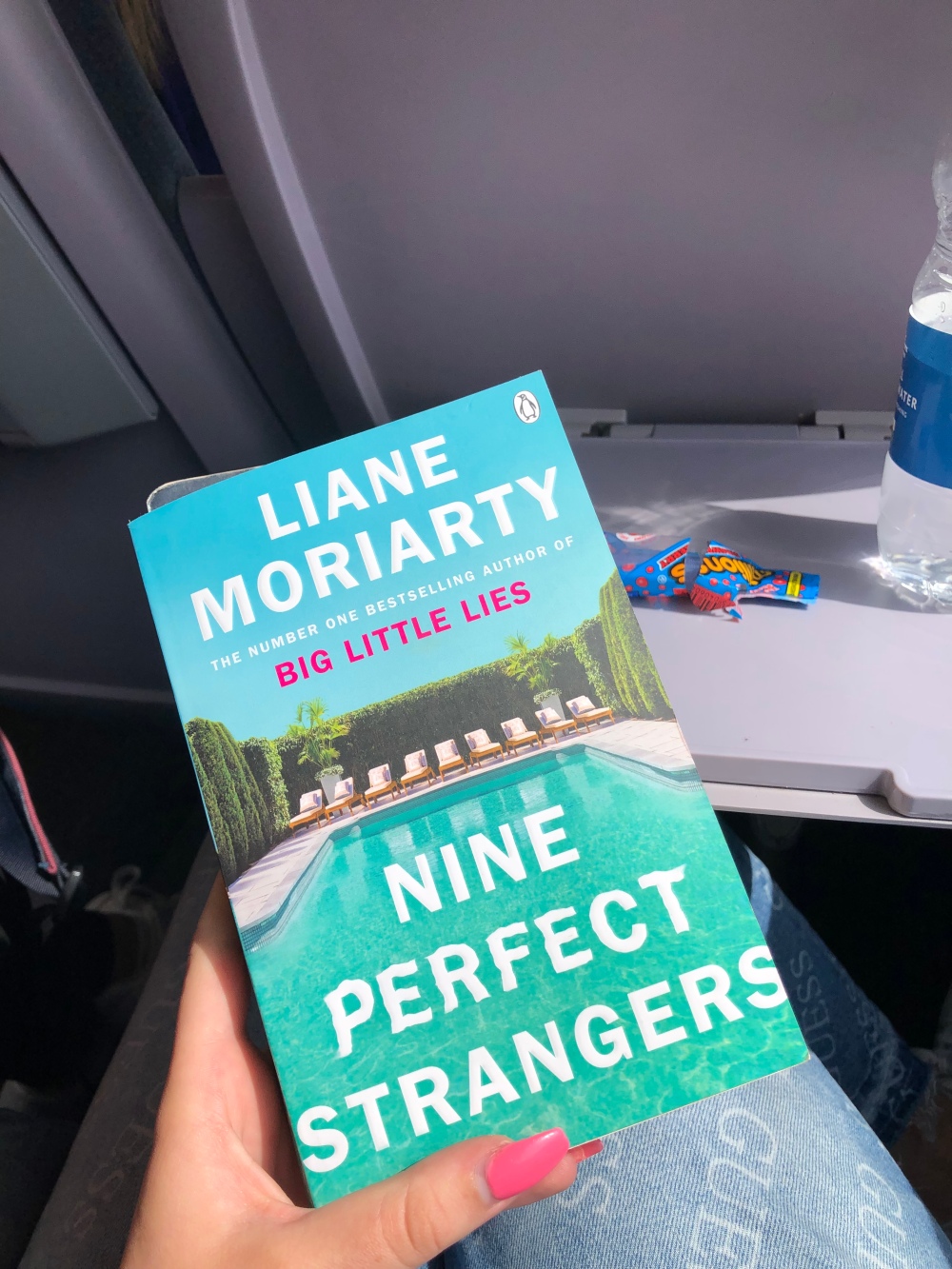 Let’s just say Liane Moriarty did not come to disappoint. This book was truly and utterly amazing and it has made me want to binge-read every novel she’s ever written, seriously. As you can tell from the image above I read this on the train and it made a brilliant travel read. Fun story behind this actually, my friend and I had just spent the day shopping in Manchester and we were on our train ride back home when we noticed the lady sitting opposite us looked exactly like the author from the image in the back, and we spent the longest time working up the courage to ask if it was her until we realized that the author to this is Australian and the lady sitting opposite us was of course in fact British (she started speaking to us) but besides nearly having an encounter with the author herself, the book was amazing.

Like the previous book I just mentioned, this book also had a lot of characters but this time it did not get confusing at all due to the titles at the top of each chapter. We got to see inside the brains of 12 different characters which seems a lot but it was so well written it was extremely enjoyable and not too much to focus on all at once.

It was about 9 different people going into a luxury retreat to potentially benefit off and better themselves with whatever they were going through. There was a couple included having marriage problems, a family of 3 who lost their son, a women looking to relax (Frances – my favorite character), a footballer there for weight loss, a mother who recently got a divorce and a marriage counselor who came for a nice weekend away from his boyfriend…. they all got it so wrong. Without giving too much away, all the strangers become friends and face life threatening challenges all while having faith in the owner Masha that this is helping them in some way. I seriously cannot recommend this novel enough it’s really made it’s way into my favorites of this year’s reads so far.

The Book Ninja by Ali Berg and Michelle Kalus

This book was again another very enjoyable read. It had humor and love and awkward moments that we all could relate too. A reason why I probably like it so much was because the main character Frankie had a blog which she posted on throughout and we got to read. The book does not at all get slow and I always found myself eager to finish it  just to find out what happens.

Frankie (the main character) decides to find her men by their taste in books. She works at the local bookstore and if you’ve ever thought when buying a book if the worker is judging you in your choice of novels, this proves that our gut feeling was indeed correct. Frankie falls for a customer called Sunny who is twenty something and still interested in teenage fiction which Frankie figures if she wants to find love then she will have to stop judging men based on the books they read. It is a very funny novel, with a lot of mischief and drama along the way.

I could probably read this book again and again and it was such a good way to kick-start the month as it was the first book I read. It was young and funny and had plenty of references from other books. It was very modern which I really enjoyed and could relate more too, and there were many times I cringed at funny occurrences in the book because my friends and I have done the same. Overall it was a brilliant read and I would definitely recommend it if you’re looking for a humorous, light-hearted story.

These book reviews are always posts I love to write and I hope to keep this series up each month. I have some amazing books lined up for the month of June which I can’t wait to get through and tell you guys about. If there’s any books you would like to recommend to me please let me know in the comment or if you’ve already read any of the books I’ve mentioned I would love to hear your thoughts on them.

Thank you for reading.